The computer is a rhetorical device, not just a logical one – Richard Lanham

There is a lot of rhetoric hidden by logic in education circles about the Internet and the responsibility teachers have to educate students about what and how to compose online. We as a society are increasingly realising the computer, which appears to be quite a mathematical object, is in actual fact as political as the people who use them. Aristotle presented three approaches to rhetoric . They were:

In Ancient Greece these were performed in formal settings, but over the centuries  have been blended , dissected and stretched, morphing into multiple ways of communicating in order to initiate an action. This is mostly due to formal communication becoming (and continuing to become) more informal. Aristotle formalising emotive communication is probably one of the first occasions that logic was used to mask rhetoric. 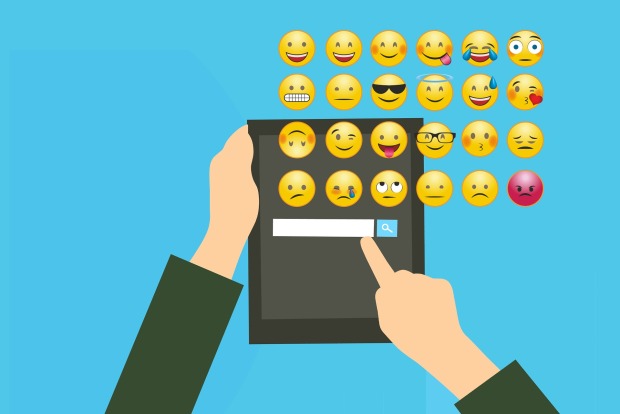 The Education system is very good at formalising rhetorical communication. A system which is steeped in ideas and knowledge cannot help having a political agenda, and a system which is increasingly complex, cannot help but sort out what is good and bad about those ideas and knowledge. There is simply too much information to teach it all. Discussions about what goes into a curriculum/pedagogy and what gets left out is intensely rhetorical.

However, education has a penchant for models and guides which determine the best approach to making those decisions. These models, guides and standards, are also rhetorical because they make decisions about what goes in and what gets left out, working to perform a neat and polished view of knowledge. It appears logical but is, in fact, rhetorical.

Digital literacy pedagogy has been struggling with this paradox for decades. As technology becomes more complex, it is more difficult to hide the rhetoric in the logic. Too many people have experiences outside of the boundaries presented by the logic facade. This is quite apparent in comment sections of education research public dissemination (like The Conversation) where the wider population can dispute the research based on personal experience, cracking open the logical facade of research and walking it out onto a soapbox.

So how do teachers teach children to communicate in a world which is so liquefied and flattened by mass public commentary? Below are 5 approaches to digital literacy that language researchers in digital rhetoric have identified.

The error model of pedagogy is a constant bubbling undercurrent in all approaches to teaching, and also deeply ingrained in cultural politics. In digital literacy, this involves correcting mistakes as they occur or, the inverse, showing a model with errors and asking students to correct them. Most teachers would be familiar with this approach to teaching. It seems logical, there are rules in place about grammar and design which guide composition. We can see this approach in the actions of Big Tech companies who walk close to the line of error as a business model. The problem with the logic of this system, is that the rules it privileges erases those who do not follow them or have differing cultural experiences to the culture who invented the rules.

There are multiple literacies in our world. Students need to be encouraged to think specifically of their audience when composing a text and be able to manipulate that text dependent on who is listening. In digital realms, this becomes even more complex as algorithms (rhetorical texts in themselves) are actors in exchanging texts between audiences. In digital literacy “know your reader” is no longer a logic in composition.

The apprenticeship model closely resembles a trendy school based pedagogy known as gradual release of responsibility. This is where the explicit instruction of how to compose digital texts becomes the focus. For example, an expert, who knows how to compose an email will model email writing, then together the class will work on an email, and finally the students will compose their own emails. This scaffolded approach works very well until the complexity of email writing becomes unwieldy. When should an email be formal, when should it be one line? Can I sign off with flourish? Should I use “Dr” in the salutation? Quickly, the logic of using expert guidance in a continuously changing space reveals that the notion of “expert” is deeply rhetorical. Critics of the apprenticeship model suggest that such composition practices need to be practiced in conversation.

The dialogic model considers the conversational nature of digital texts where students respond in time to their audience. Students experiment with approaches, respond to issues and discuss solving problems. The dialogic model reveals another logical trap that assumes that all people participating in the dialogue know the rules and follow them. This approach needs expert facilitation and a knowledge of the members of the community. This approach is attractive because it generalises out to the wider community that dialogue is the preferable approach and, in a democratic culture, seems logical. Dialogic approaches rarely consider the real world situatedness of digital communication and suffers from the same scaffolded reductive rhetoric of the previous two approaches.

The criticisms of reductive approaches often logically lead to situated learning. Students need experience of the “real world” in order to learn how to effectively communicate online. This approach has been leapt upon by industry for its pragmatism. But as with all pragmatic approaches, there is a rhetoric that simulated or real world experiences are safe provided there is adult guidance. While you may scoff at the ridiculous nature of this idea because you have just been scrolling though the disaster artist that is Twitter, there is a further underlying rhetoric that is often ignored by proponents of situated learning. The key rhetoric I alluded to earlier: the algorithms.

The algorithms are rhetorical on many levels:

While the digital world is infested with overt corporate and ideological rhetorics, these algorithmic rhetorics are not greatly considered in school based digital literacy and situated practices would have to creatively timetable discussions which need intensive intellectual time and have very little immediate effect size. Thus the logic of working in the real world hides possibly the greatest rhetorical masking in the digitally mediated world.

The final pedagogical model in this discussion meshes the dialogic and situated learning models to consider the gift economy which has developed as the world becomes more highly mediated. This model celebrates community but considers the ability of people to learn the rituals of the online world by observing and participating only to the extent they are comfortable. This model is highly anthropological – it privileges the novice and relies on the generosity of the wider digital community to initiate new users into the culture of the site. While there is a definite need for orchestration of safe spaces, this approach considers that each digital tool has its own amorphous genre and that one size does not fit all. This approach does not hide the rhetoric behind the logic – it embraces the rhetoric, and requires students to understand the ancient communicative art. However, the logic of embracing rhetoric in the gift economy masks wider industrial implications associated with the ever increasing gig economy and payment in prestige.

No matter how we try to account and plan for the politicisation of education through purportedly logical models, there is always an outlier. So what do we do?   My thoughts are closer consideration of social justice models which are designed to consider the outliers, but they also have their problematic rhetorics.

What do you think? Which model would you choose to teach digital literacy? Have you used an alternative?

If you are interested in reading further, I read Elizabeth Losh’s chapter in her book Virtualpolitik, Hacking Aristotle. You can also visit her blogspot.

5 thoughts on “Logic and rhetoric: the problem with digital literacy”